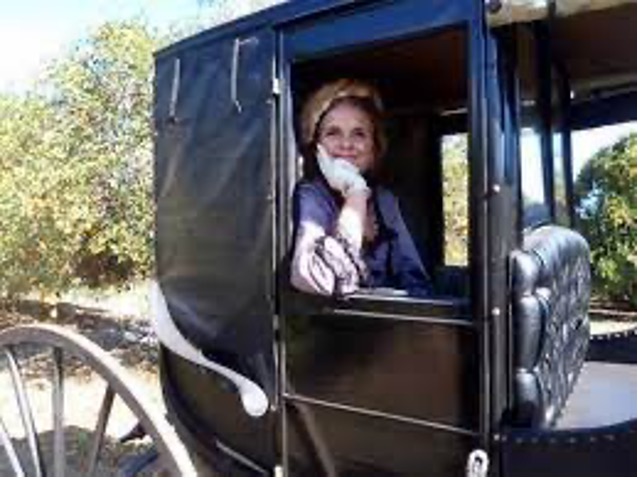 On January 29, 2023 at 1:00 PM, experience Helen Hunt Jackson’s January 23, 1882 visit to Rancho Camulos which inspired her to include this vestige of the Californio lifestyle as one of the settings for her novel Ramona. Reenactors will engage and delight you as they portray this event which forever changed the peaceful life at Rancho Camulos.  Docent led tours will follow the reenactment until 4:00PM.

The suggested donation for the re-enactment is $10 and reservations can be made (suggested but not required) at 805-521-1501.  Rancho Camulos is the only National Historic Landmark in Ventura County. It is on Highway 126, 10 miles West of the I-5.

VISIT THE HISTORIC HOME OF RAMONA ON SCENIC HIGHWAY 126

EXPERIENCE SUNDAYS AT THE LANDMARK

Enjoy a relaxing afternoon at our historic buildings and gardens. Engage in a docent led tour. Bring a picnic and immerse yourself  in the ambiance  as you step back in time , “Where the History, Music, and Romance of Old California still Linger…”.

Regularly  visit this Web page and our Facebook page for upcoming museum special programs such as concerts and presentations.

The Del Valles were a prominent Californio family involved in state and local politics during the Mexican period and after the transition to statehood. They were famous for their generous hospitality and for maintaining the traditional rancho lifestyle long after it had disappeared elsewhere. Camulos bustled with extended family members and ranch workers, with up to 200 people living on the property during years of peak agricultural production. Among the frequent guests at Camulos during the late 19th and early 20th centuries were a number of prominent writers and artists, including Charles F. Lummis, James Walker, and Alexander Harmer, who were inspired time and again by the rancho’s idyllic setting.

Camulos was a noted stop along the main stage coach route—part of the original mission trail—from Los Angeles to Santa Barbara. Padres traveling between San Fernando and San Buenaventura would visit the ranch to say mass for the Del Valle family and nearby residents in the private chapel, which over the years has become endearingly referred to as “the lost mission.” Rancho Camulos remained in the Del Valle family until 1924 when it was sold to August Rübel, whose heirs have worked to protect and preserve the site.

Rancho Camulos is also part of literary folklore as the setting for Helen Hunt Jackson’s novel Ramona, first published in 1884 and still in print today. It is the romantic tale of a young girl  raised by a Spanish Californio family who falls in love with an Indian ranch hand. Their life together mirrors the fate of Indians at the hands of white settlers.

With its tragic love story and nostalgic view of history, the dramatic tale captured the imagination of the American public and created tremendous interest in California’s Hispanic past. Tourists and settlers flocked to the region in huge numbers from the late 1880’s until the beginning of WWII.  Rancho Camulos—once a stop on the  Southern Pacific rail line—was dubbed “The Home of Ramona” and was a must-see attraction for devotees of the novel.

Rancho Camulos Museum is a 40-acre NATIONAL HISTORIC LANDMARK situated within an 1800 acre working ranch. It is the best remaining example of a Spanish-Mexican rancho in its original rural environment and is noted for its literary significance as the setting for Helen Hunt Jackson’s novel Ramona. Rancho Camulos is dedicated to researching, collecting, preserving and interpreting the diverse cultural heritage and agricultural history of Southern California from 1853 to 1943. Through restoration of its buildings and grounds, Rancho Camulos seeks to connect the past with the present by offering programs that will educate and enrich all audiences.

Tours begin on the hour (1,2,3 on Sundays). Suggested donation for a docent guided tour is $10.00 for adults/$5.00 for children. Please see our VISIT menu for more information.