Use the options below to explore the Rancho Camulos collection. Visitors can also make an appointment to take a behind the scenes Curator’s Artifact Tour, which will also be offered periodically to the public. Contact us at info@ranchocamulos.org for more information. Researchers wishing to access the collection can view research policies and/or contact a curator. 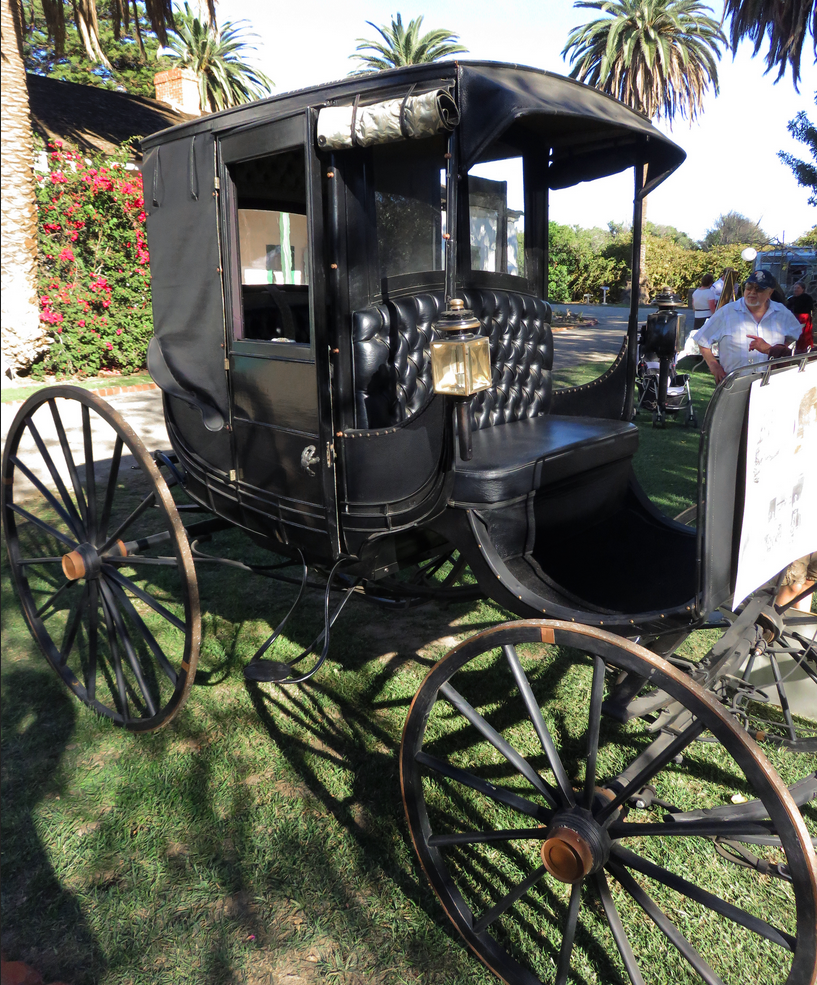 The Del Valle Buggy at Rancho Camulos Museum was manufactured about 1850 by Miller & Stevens of 368 Broadway in New York City. It made the trip around Cape Horn when it was ordered by the family of Ygnacio del Valle, who had inherited the 48,000-acre Rancho San Francisco (western Santa Clarita Valley) and built their main, extant adobe home on the westernmost section in 1853. The buggy remained behind in 1924 when the remainder of the Del Valle ranch — Rancho Camulos–was sold to August Rubel. The Rubel daughters said they remembered riding around in the once fashionable buggy on the property.

In 2008, Rancho Camulos Museum volunteers Ralph Rees, a retired schoolteacher, and his wife Pat, both of Fillmore, undertook to restore the buggy after seeing it on display at a museum event. Shirley Rubel Lorenz gifted the buggy to the nonprofit museum and the work began. Ralph and Pat Rees donated more than 600 hours of labor on the buggy, while their daughter Wendy, researched its manufacture. Docent chair at that time Marie Wren of FIllmore, helped to raise more than $6,000 to purchase hardware, upholstery materials and labor and new axles and wheels. Today the buggy is housed and exhibited in a carriage house on the grounds of Rancho Camulos designed by Ralph Rees and built by a number of museum volunteers.